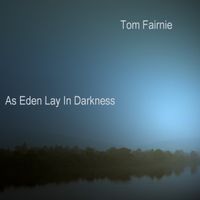 From the recording As Eden Lay In Darkness

A song built on the paradox that everything I say is a lie.

A word to the wise, everybody lies
It’s no surprise everybody lies
I’m an honest guy I got an honest wife
Honest folks, you can’t get through life without a lie
It’s the truth of the matter
We got the class to chatter
But I bet you’d rather hear some lies
‘cause in all honesty, it’s plain to see
There’s nothing in transparency
There’s more to lies

Between you and me, paradoxically
You don’t have to be so wise
It’s the whole truth and nothing but the truth
I swear to God and hope to die
Between me and you the only thing that’s true
Is that everybody lies

There are little fibs that go off like squibs
There’s black and there’s white
Some of them are dynamite, but they’re all lies
Juries and judges, journalists with grudges

It’s all tax dodges and false alibis
Socialists, Communists, Goddamn Stalinists
Given a new twist by revisionists and their lies
But now the truth’s wearing thin ‘cause the doctors of spin
Are economising big fat liars

Between you and me, paradoxically…

If you’re a shy kid at an awkward age
Just want to get yourself laid
Don’t be afraid to use some lies
‘cause in affairs of the heart you want to get a head start
Let her think you’re smart and tell her some lies
You may wish you were a Babel fish
Untwisting gospel Greek into straight Yiddish; liar, schmiar
But don’t listen to me; you got a will that’s free
You can choose the truth or eternity with your pants on fire

Between you and me, paradoxically…